Crashlands is an action-adventure role-playing top-down game developed and published by Butterscotch Shenanigans. It was released for PC, Google Play and the App Store. The game is basically that type of video game other developers should aspire to make. It works perfectly for both PC and Mobile devices. It doesn’t feel like a cheap port.

The Plot and Story of Crashlands

The main character, Flux, is a sort-of galactic “delivery driver”. And during one of her deliveries, the spaceship crashed on an alien planet. Your objective is to find a way off the planet so you can finish your delivery. The game starts with you, and your “robot partner” Juicebox, in a spaceship traveling through the galaxy. However, your ship abruptly stops and you are met with Hewgodooku, who destroys your ship in search of a part of that ship. The next thing you know, you’re crashed on an alien planet and you must survive.

What’s so special about Crashlands, is that, unlike many games that look and feel similar, it doesn’t focus on survival. Instead, it focuses on combat, crafting, and quests. There are hundreds and hundreds of recipes you can discover that provide new craftables. Similarly to Minecraft, each recipe requires certain mats and a “workstation” to craft. You can discover recipes through quests, helping out the denizens of this strange planet, or by simply knocking down trees, which then have a chance of dropping a recipe.

What I also enjoyed in Crashlands, is the kind of “proc” system. Basically, what that means, is that each time you craft, say, a weapon, that weapon has a chance to “proc” a special effect. For example, when crafting your basic wooden sword, it has a chance to become a “Wooden Sword of Shocking”, which adds an effect that deals electric damage to your enemies. This kind of keeps the game fresh and you never know what extra upgrade you’ll get. 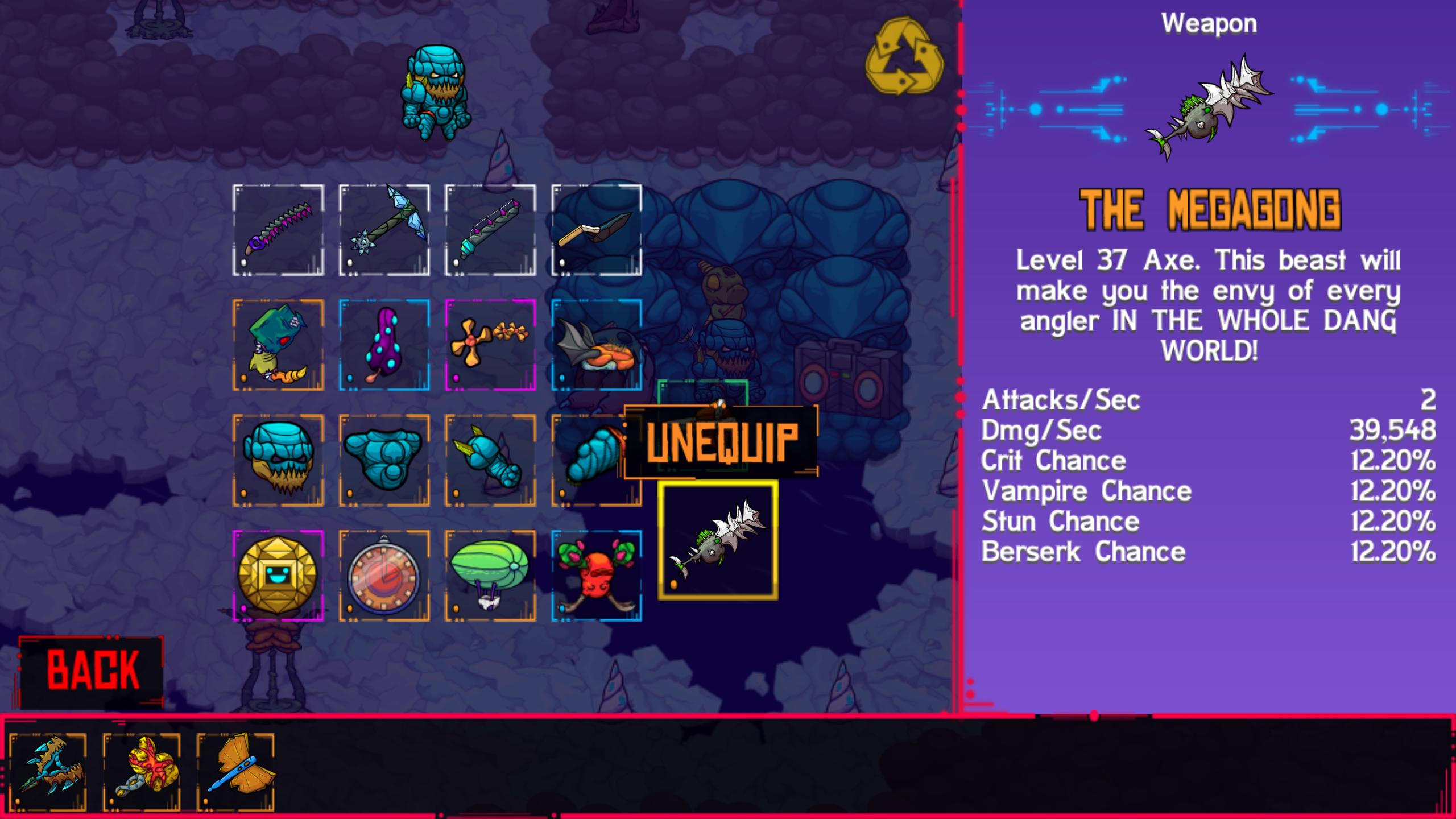 The best thing about Crashlands: INFINITE INVENTORY SPACE. That’s right, forget about being weighted down by your huge inventory and having to go all the way back to your base just to drop off some of your stuff. What if you need it later? What if one of those items is a quest requirement? What if your weapon loses durability and breaks? There’s no that stuff in Crashlands, and that’s what people love about this game. It just feels like a casual game you can really get into and enjoy.

The combat also feels very good and fun. Each creature has its own unique attack which telegraphs on the ground so you can avoid it. It’s not just mindless tapping on your screen. You have to actually pay attention and track your enemy’s attacks.

Crashlands is a home-run in my book when it comes to mobile games. The game basically ruined mobile gaming for me, in a sense that absolutely no other game will ever come even close to Crashlands in terms of replayability and fun. Metacritic and PC Gamer awarded the game with 93/100 and 73/100 respectively. PC Gamer article said “Fun combat, great writing, and a great look, but with pacing and progression tuned for a mobile experience, not the PC”