Sea of Thieves is Still Worth Playing

Sea of Thieves, developed by Rare and published by Microsoft Studios for Windows and Xbox One, was a welcome sight back when it was first announced at E3. My first thoughts were “Oh yes, we’re playing this game as soon as it comes out”. Then when it did, I saw the price and was instantly hopeful that the game is a content-filled, artistic masterpiece. So now, let’s get into my review.

Initial thoughts on Sea of Thieves

Getting into the game for the first time with a few friends at a sort-of LAN party, we were all very hopeful. We have not seen any prior videos or reviews or anything like that, aside from what was shown at E3. Like many games, Sea of Thieves drags you into its world by showing you the pretty landscape and art. I absolutely love this art-style and that is one of the main reasons I wanted to give it a shot. We were the most excited about the roles each member of the crew has. We were playing the same game, but each of us had different tasks, but the same end-goal. We wanted that gold. So we continued playing the game for a couple of weeks or so and having fun together. But at one point, one of us said: “And what now?”. And that’s when it hit me. We’ve been doing the same thing over and over again. The game seemed like it had no content. But we were still somehow having fun. How is that possible for a 2019 gamer? For me, personally, it was the art and the landscape. I can not emphasize enough how much I love it.

But after some time, one by one, we all stopped playing it because of its lack of content. However, the game had few updates and patches since that time, and right now I think it is worth giving it one more shot. The price even dropped from it’s $60 on release. You can pick up the game for a mere $30 right now, or even lower if you’re lucky. Even with its lack of content, I still think the game is absolutely worth $30. 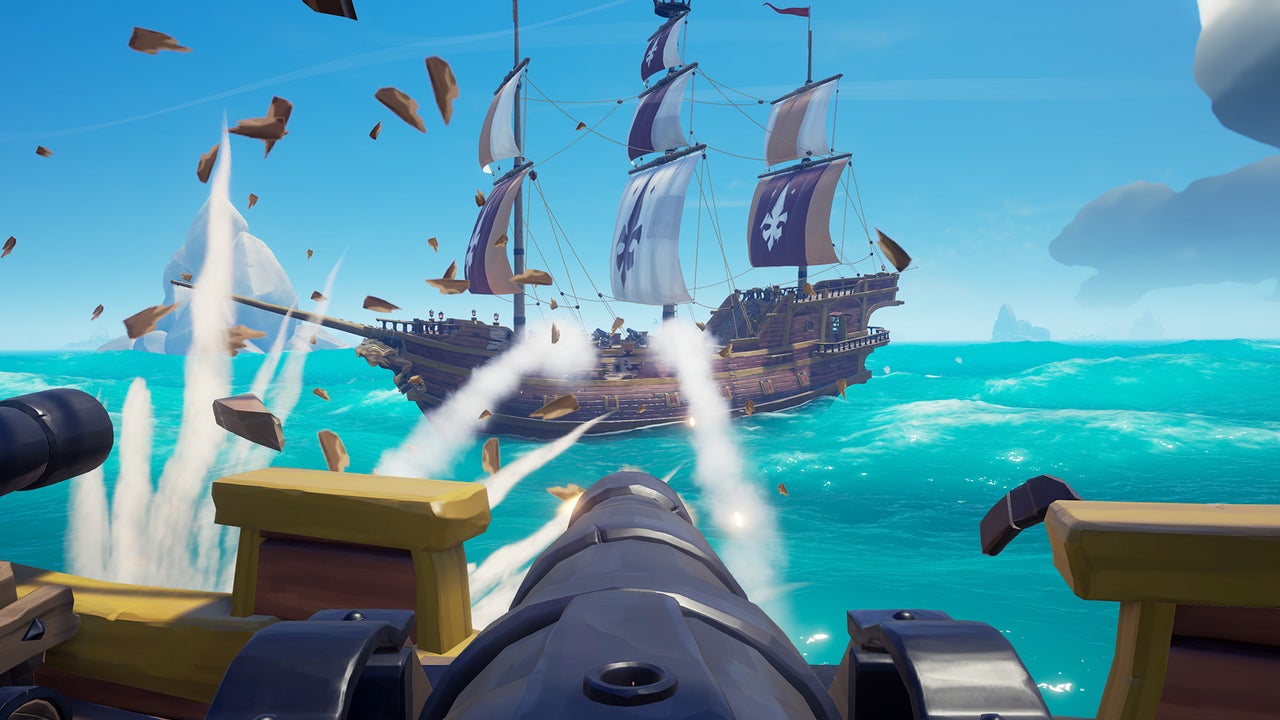 You collect coins by completing missions called voyages, taking loot from other ships or raiding a skeleton fort on an island which contains large chests of gold. In addition, you can use the earned gold to purchase re-skinned weapons, new cannons, hulls, etc. However, these items are cosmetic and do not affect combat. At the start of the game, you have your basic 4 weapons with 5 rounds of ammo. You’ve got your standard blunderbuss rifle, a flintlock pistol, a sniper rifle (basically a blunderbuss with a scope), and the pirate-trademark cutlass sword. However, you can use only two weapons at a time.

From my point of view, as an avid gamer, I think Sea of Thieves is a  piece of art. It’s fun as long as you have few buddies by your side ready for an all-nighter of skeleton killing, treasure collecting, ship raiding filled adventures. I know I have spent countless hours over at a friend’s house just playing the game and having a laugh. Basically, what I’m trying to say, is that any game, no matter how content-filled it is or isn’t, is always much more fun with a few friends.